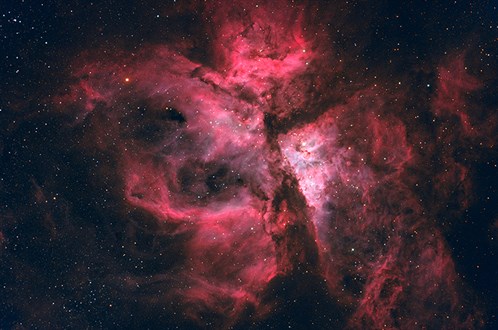 You wouldn’t think such a simple title could be so fraught with controversy, rivalry and passionate duality, would you? And yet, despite a shared love of astronomy, these two groups of people can sometimes seem like they are living in different universes. I’ve seen heated words exchanged over collimation methods (using a laser was considered a technical labour so convoluted it was offensive to the traditionalist). I’ve had disapproving words preached from the purely observational enthusiast to me, an astrophotographer who relies on technology instead of wisdom and contributes nothing but “pretty pictures”.

It wasn’t long ago that all astronomy was based on visual observations only.  History is filled with sketches and notes from the skilled and patient work of dedicated astronomers like Galileo, the Herschel’s and Kepler. The first successful astrophoto was fairly recent; an image of the moon in 1840 by Louis Jacques Mande Daguerre that took 20 minutes to expose, and wasn’t much to look at. 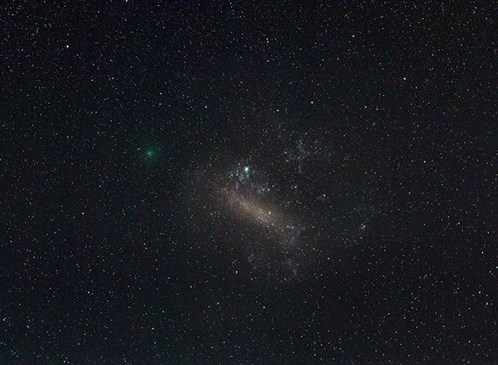 But by 1840, our knowledge of space was already vast. We understood the heliocentric model of the solar system, and had discovered all but 1 of the planets in it. We could predict comets, celestial ephemeris and were even beginning to understand the chemistry of the sun through early spectral analysis.

I often meet modern day visual astronomers who still contribute to the science with their hand scribbled notes and vigilant monitoring of the sky. Until recently comets were still being discovered by eye and still today teams of visual observers monitor variable stars and report their observations to the professionals. Unquestioningly, such passion and dedication is the result of, or eventually becomes, a personally formidable knowledge and depth of understanding of space. It’s real science.

At star parties, visual and photographic astronomers are segregated for practical reasons (the light and noise of the imagers is disturbing to the visually inclined), but I do wonder if the segregation works for more emotional reasons too. With opposing goals for their dark sky sojourns, it’s easy to imagine these two groups hold entirely different philosophies and ideologies for their relationship to space. Separating them is probably good for their own protection, lest a riot breaks out. A riot fought with star-diagonal knuckle-dusters and USB cable garrotes. 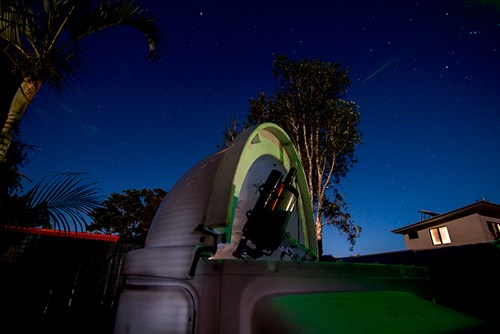 A disclaimer here: I am a photographic astronomer, probably even in the extreme sense. Friends and guests who visit my backyard observatory are perplexed to discover I haven’t put an eyepiece in my telescope for 12 months, and when I eventually do, it’s under sufferance to let them see something (usually Saturn, let’s be honest) with their own eyes. Which I get, mind you. It’s beautiful. Spiritual even. There’s nothing quite like it, and I’m always invariably impressed if I sneak a peak through the eyepiece and remember clearly my first time. We all do.

Ok, I’ll say it. Visual astronomers tend to be an older demographic. Star parties host them in ever decreasing field volumes away from the huge spaces reserved for the growing astrophotography community. They are wonderful people, they watch and share and enjoy all night, running only on the fumes of their own self-generated enthusiasm, and perhaps a double shot coffee.  I get, I really do, but personally, I am completely enamored by the recent photographic generation of professional and astronomers, and the mind-blowing images they bring us. I’ll take those over the faint smudge of a distant nebula through the eyepiece any day.

Photography revolutionized the scientific understanding of the universe the moment it arrived on the scene. The sky was mapped completely. Photographic plates were poured over by academics, their assistants recording huge piles of data, which birthed a scientific renaissance. The time between Daguerre’s first blurry photo of the moon and American astronauts doing “donuts” in a car on the moon on live TV was only 130 years. 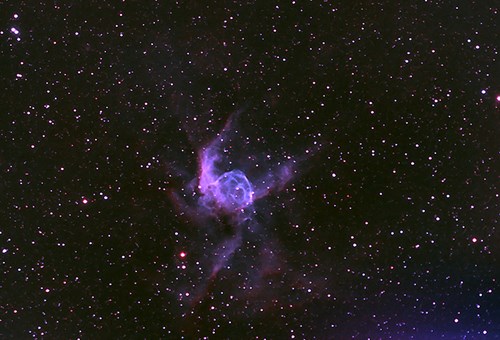 Today rank amateurs (like me) hold relatively cheap cameras in their pockets that contain 10 million times more memory than the entire on-board computer of the Apollo spacecraft that landed us on the moon (64kb vs 64GB). To say that this shift to digital astrophotography hasn’t had a profound effect on the quality and quantity of modern science would be a self-imposed myopia. The transition to digital has allowed us to receive high quality images from every planet (and a few dwarfs and moons) in the solar system. To see through robotic eyes exploring distant worlds. To deeply expose off-planet with Hubble and record the signature of the beginning of time. Photographic technology improvements have empowered a new generation of astrophotographers to capture, discover and share the wonder of the universe from their backyards in far greater clarity than the human eye is even capable of. In far greater clarity than was available to professionals even two decades ago.

Wandering around the imaging field at a recent star party, the soft red glow of screens and equipment pulsing away behind an orchestra of advanced optical technology, it was hard not to be somewhat as impressed at it’s beauty as well as the naked eye dark sky views overhead. Some of us are serious scientists capturing data, creating light plots, discovering comets and asteroids, or even distant supernovas. Others like me are just taking “pretty pictures”, but that’s just as valid and special to us as the visceral experience of visual astronomy.

Whether you’re casually observing, a serious “stamp collector” imager ticking off the object catalogs, or just like to spend long uncomplicated evenings with a glass of wine, a blanket and a telescope – we all share a common relationship with space. Even if our particular vehicle there takes a slightly different road, we ultimately approach the same edifying place.

… but of course, us astro imagers get a much better result!

Since beginning my blog series, Learning Skyris, I have focused on advancing readers’ knowledge of...