You’d think that as I travel around the world overseeing Celestron’s displays at birding festivals that I’d have books full of birding adventures to recount. The reality is that, like most business travelers, my journeys involve a lot of time in airports, hotels, and exhibition venues. Oh on occasion, such as in the late summer when the days are longer I can get out into the field before or after event hours for a bit of quality birding time, but mostly it’s strictly business. 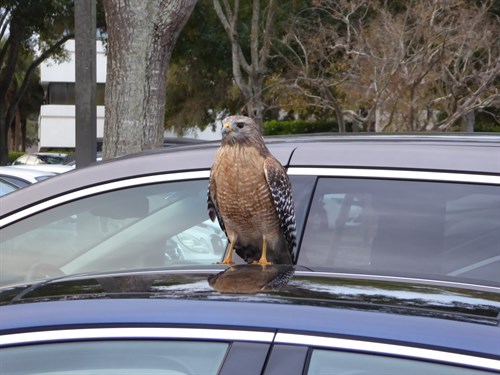 However as the saying goes, one is never not a birder. Thus I like to take advantage of any opportunity I have to do a little birding when and wherever I have the chance; which is why I always carry an optic in my work bag (and quite often in my pocket). As a result, I have been able to record quite a list over the years of birds that I otherwise might never have been able to consider as having been seen. Grey Heron over Narita International Airport in Tokyo, Oriental Magpie-robin in a business park near Chongqing, China, and most recently - during my trip to manage the Celestron display at the Space Coast Birding and Wildlife Festival - Anhinga over Orlando International Airport and Red-shouldered Hawk in the parking lot of an Orlando DoubleTree hotel.

In fact, every bird I was able to add to my Celestron Big Year list during this just mentioned visit to Florida - Wood Stork, Ring-billed Gull, Black Skimmer, Boat-tailed Grackle, and the just mentioned Anhinga - was able to be observed and positively identified thanks to my practice of never being without an optic; specifically, on this trip, the Outland X 6x30mm monocular and a brand spanking new sample of the Celestron Hummingbird 7-22x50mm ED micro spotting scope (yes, being a product manager does have its advantages). 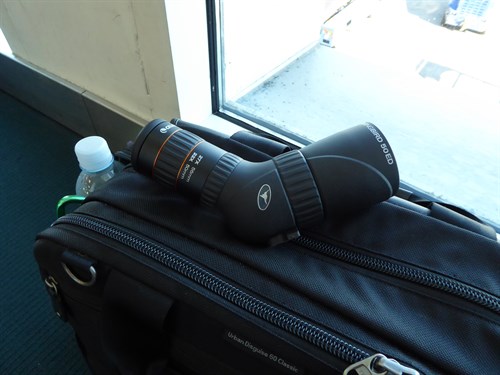 Cheers and good birding to you (wherever you may roam),