Apollo 11 / First Steps, Words, and Images from the Moon 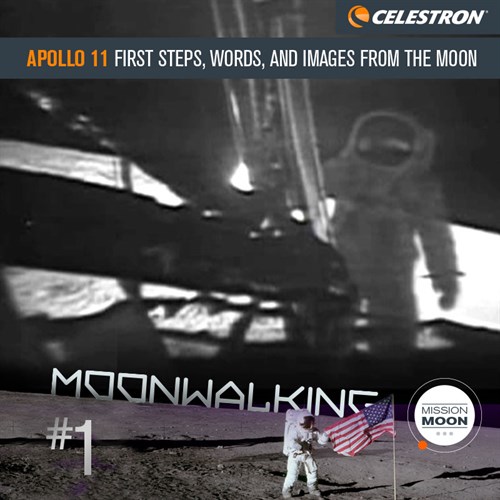 We’ve all heard the words and seen the images in black and white.  “That’s one small step for a man, one giant leap for mankind.”  These first words were spoken as Neil Armstrong took his first steps onto the lunar surface as live video from a camera staged on the leg of the LEM, was broadcast across the world. 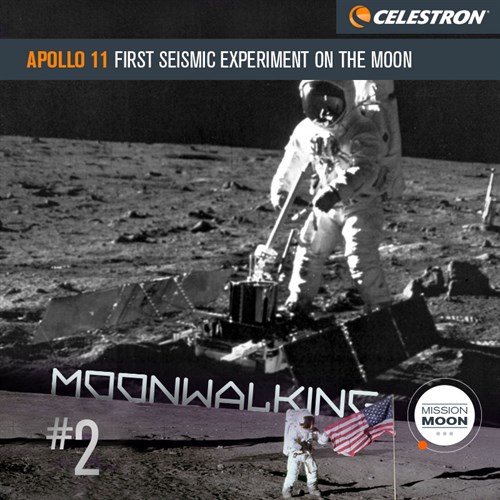 Designed to detect “Moonquakes”, seismic waves, and to gain a detailed view of the Moon’s internal structure, the Passive Seismic Experiment began with the first Moon landing.  Over the course of Apollo, the experiment recorded about 1700 meteor impacts and confirmed that the Moon has a crust, mantle, and core like the Earth.

Apollo 15 / First Automobile on the Moon 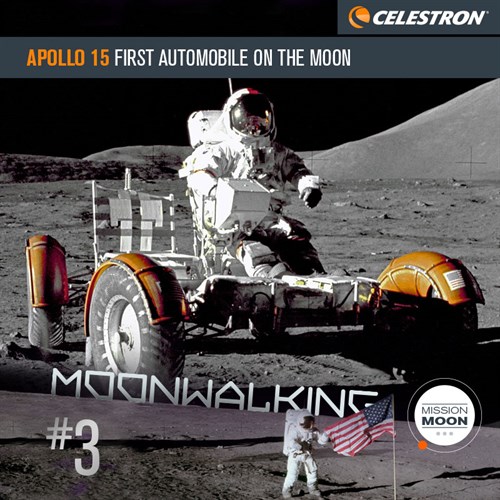 Designed to operate in the low gravity vacuum of the Moon and traverse its rough terrain, the Lunar Roving Vehicle, or “Moon Buggy”, extended the range of the astronaut’s extra-vehicular activities (EVAs).  The video footage of floating dust kicked up by the LRV’s wheels is often offered as evidence against Moon landing hoax claims. 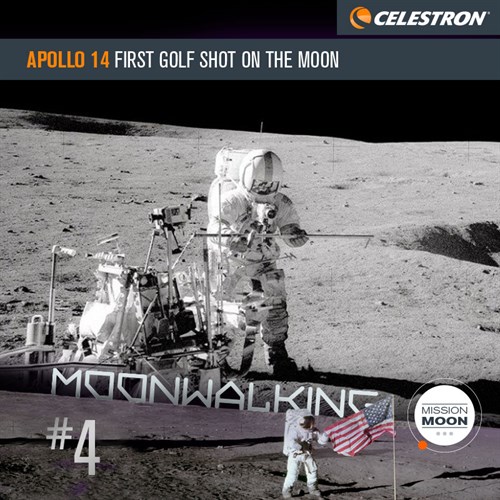 To have some fun and experiment with gravity, Alan Shepard brought a 6 iron golf club head that he affixed to an excavation tool and took several one handed swings at two golf balls.  Shepard memorably exclaimed that the shot went for “miles and miles and miles”, but later estimated it at 200-400 yards.

Apollo 17 / First Scientist on the Moon 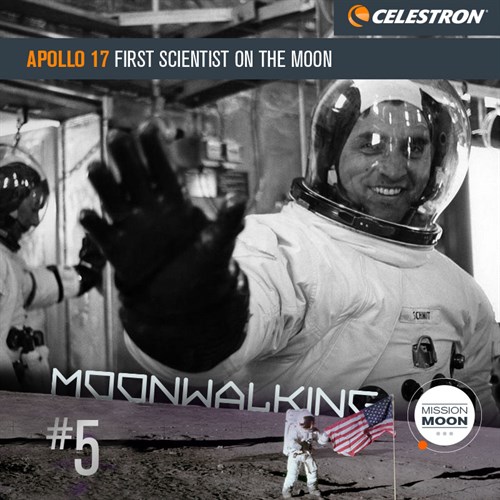 Most Apollo astronauts were Navy and Airforce test pilots, but only one was a trained scientist.  Jack Schmitt had a PhD in Geology and played a key role in training NASA astronauts to become geologic observers.  As Apollo 18 and 19 were cancelled, pressure mounted to reassign Schmitt to 17 in order land a professional geologist on the Moon. 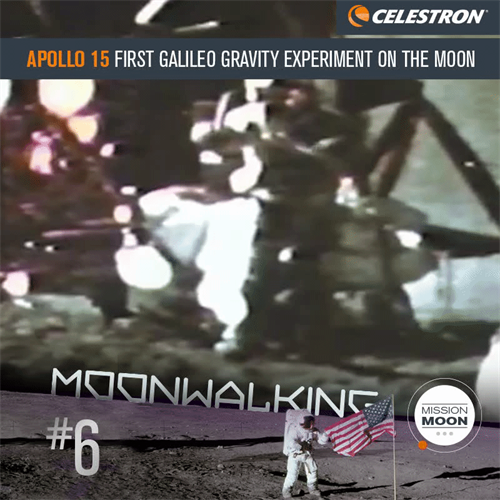 Hundreds of years before NASA and the Apollo space program, famous astronomer and heretic, Galileo Galilei had concluded that in a vacuum, with no air resistance, objects varying in mass/weight would fall at an equal rate.  Confirming “Mr. Galileo’s” thought experiment, Commander David Scott performed such an experiment towards the end of the Apollo 15 moonwalk.  Decades later Moon hoaxers still have little to say on the matter. 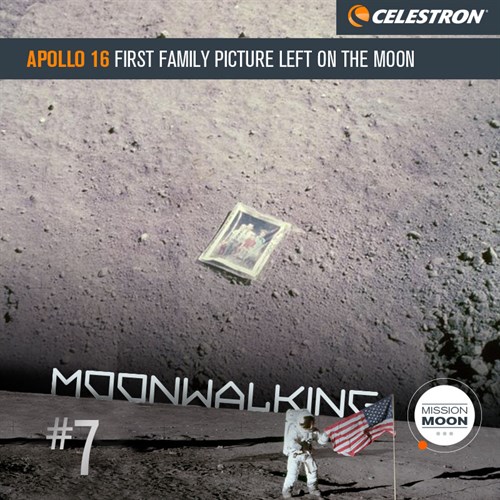 Underlying the ‘human factor’ of spaceflight and exploration, astronaut Charlie Duke decided that taking a family photo of his from Earth and leaving it on the Moon would be a good idea.  During his EVA on Apollo 16 he placed it on the lunar soil and snapped a few photos with his Hasselblad camera.  Quite the family vacation!

Apollo 11 / First Plaque on the Moon 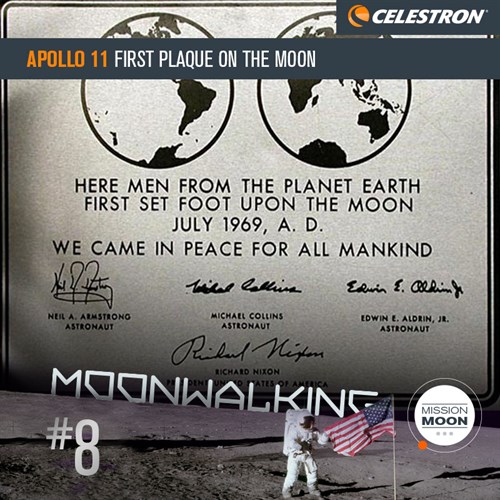 The first of many stainless steel commemorative plaques left behind on the Moon by each Apollo lunar surface mission, the first bears then President Richard Nixon’s signature and references to the ‘start’ of man’s first explorations to the Moon. 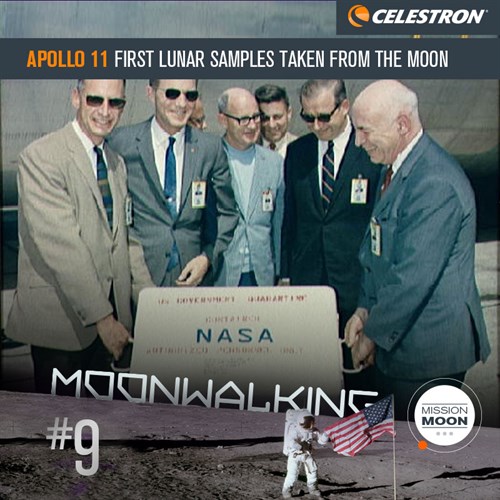 The first geological samples carried back from another solar system body contained 22 kilograms of lunar soil, cored tubes, and rock samples of breccia and basalt.  Though no evidence of water or living organisms were found, these samples led the way to later discoveries by later Apollo missions of anorthosite, or plagioclase feldspar, the so-called “Genesis Rock”. 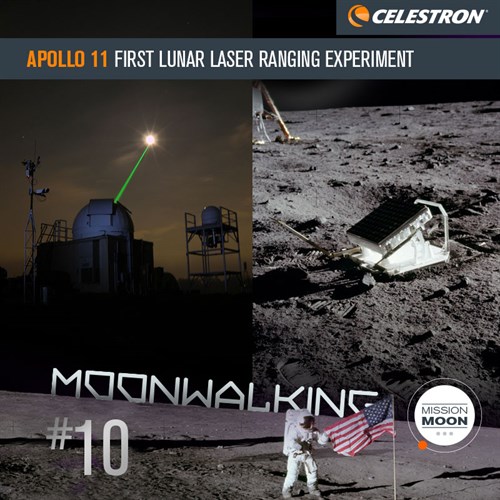 Did you know that Earth’s Moon is receding away from us at a rate of a 3.8 centimeters per year?  You know now because of this experiment that projects a laser beam from Earth to a sensor placed on the Moon by Apollo 11 astronauts which bounces the reflected light back as Earth scientists measure the average distance. 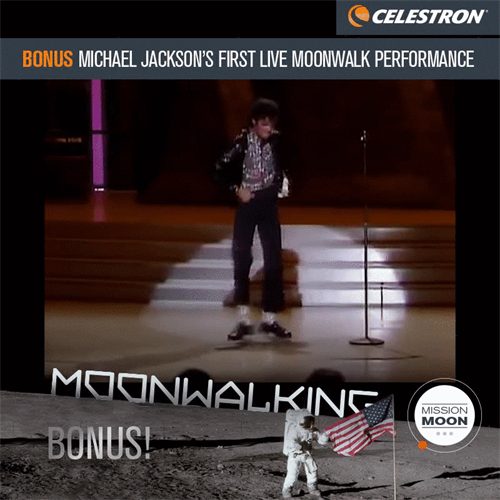 The Motown 25 year reunion show at the Pasadena, California Convention Center hosted a star studded cast of performers including Diana Ross and Michael Jackson.  Jackson performed “Billie Jean” to a crowd of screaming fans and dazzled the world with his first –ever performance of the iconic ‘moonwalk’ dance move.  33 year later this August, by sheer coincidence, Celestron will host a charity art auction and full Moon star party with all sorts of activities, special guests, and telescopic views of the Moon and planets at the very same Pasadena Convention Center.  Go figure.  Tickets on sale now! 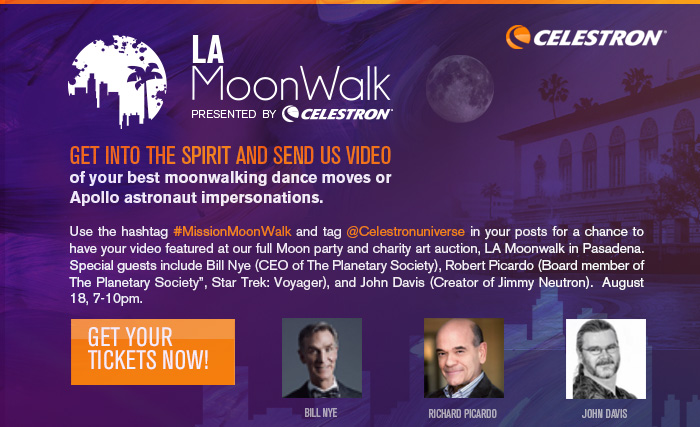