Since beginning my blog series, Learning Skyris, I have focused on advancing readers’ knowledge of Celestron’s Skyris CCD camera. Now, after almost three years of Skyris blog posts, I will aid starting astrophotographers with a new series, Heliocentricity, exploring two of Celestron’s most popular planetary imagers—the NexImage Solar System Imager and the Skyris Astronomical CCD Camera. While the devices’ specifications differ immensely, a beginning astrophotographer incorporates identical imaging techniques with both cameras. This introductory article teaches users of NexImage and Skyris the basics of planetary astrophotography and assists interested astronomers choosing between the two instruments.

Although Skyris produces higher quality images when compared to NexImage, the “runner up” camera forms substantial competition with a lower price and fantastic photos under clear conditions. Astronomers committed to learning planetary astrophotography should consider investing in Skyris, but if unsure or tight on budget, aspiring astrophotographers should research the NexImage as a step into a new realm of recreational astronomy. Lunar and solar images of NexImage and Skyris appear similar with the exception of the larger imaging area of Skyris, favorable to mosaic images of vast areas and large aperture telescopes. If more interested in planetary imaging of Saturn and Jupiter, though, Skyris’ USB 3.0 connection allows for extremely fast frame rates, important for Saturn and Jupiter, two dimmer, rapidly rotating objects.

Under clear skies, however, NexImage preforms well against Skyris, as seen in the two images of the quadrature of Saturn, or when Saturn casts the largest shadow on its rings from Earth’s perspective. Skyris’ image retains only slightly more detail on the planetary orb. Additionally, the lunar shots with both cameras display similar quality with Skyris’ showing greater area and detail due to the imager’s superior sensor. 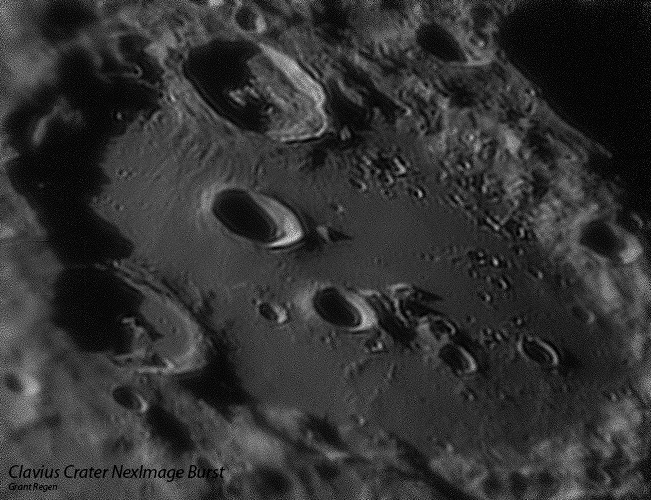 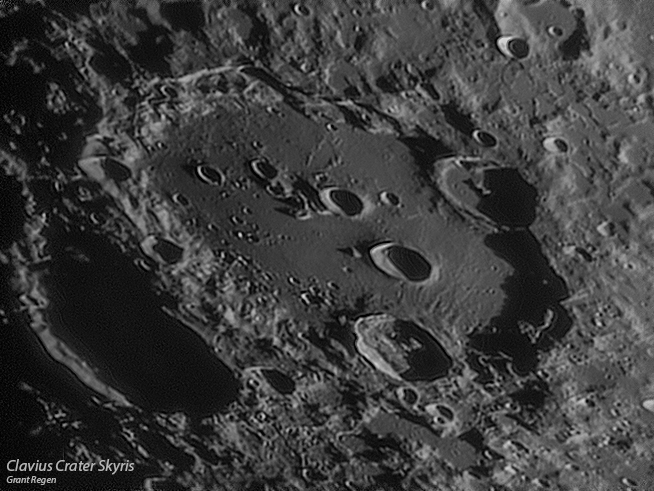 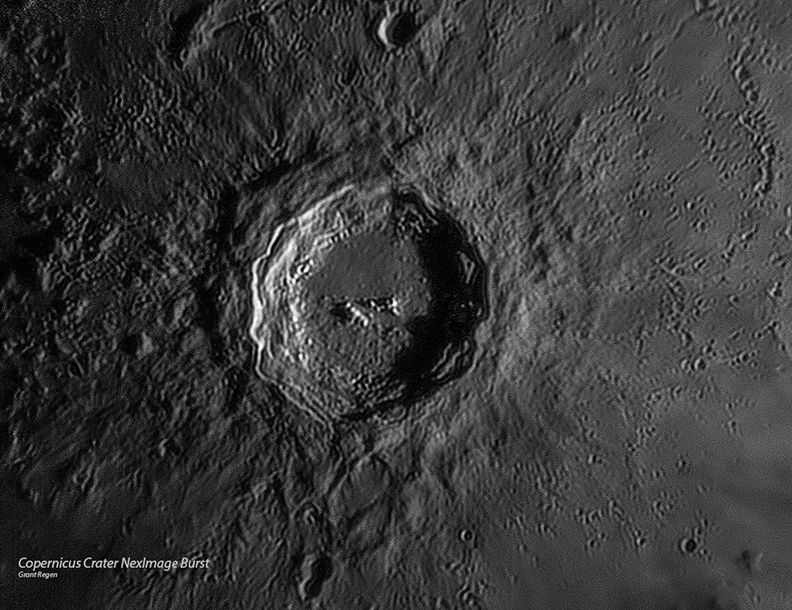 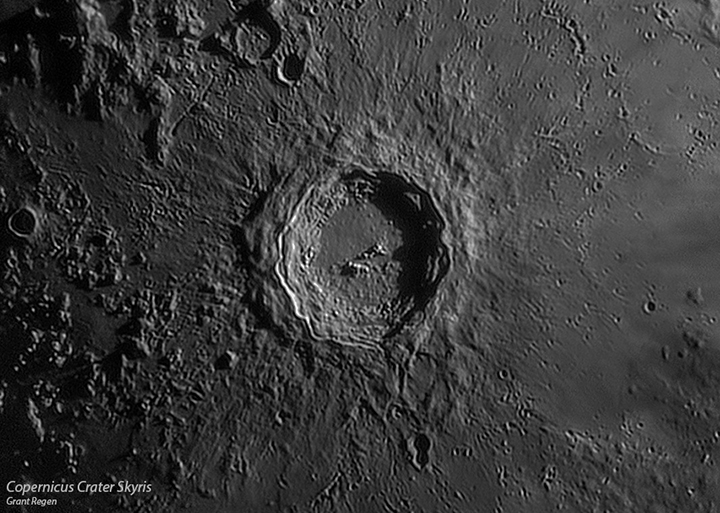 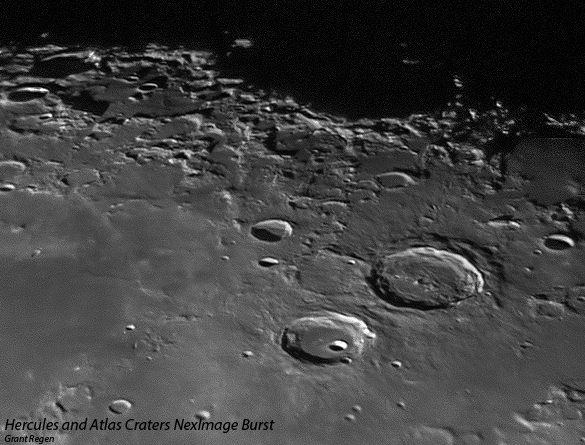 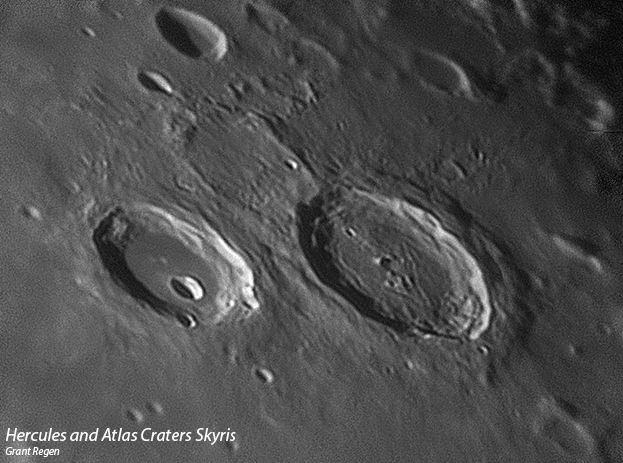 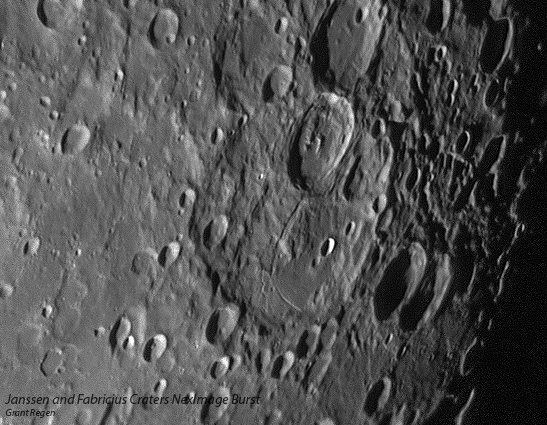 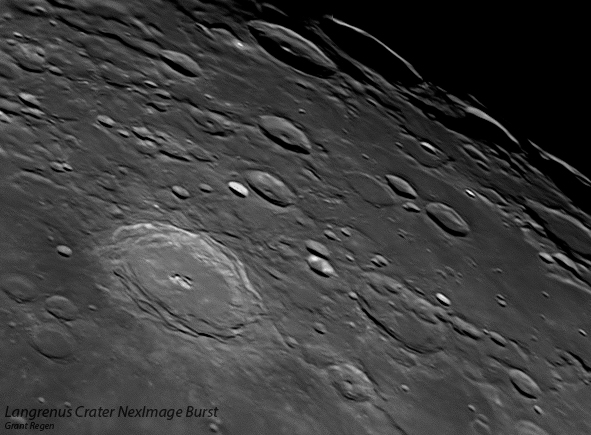 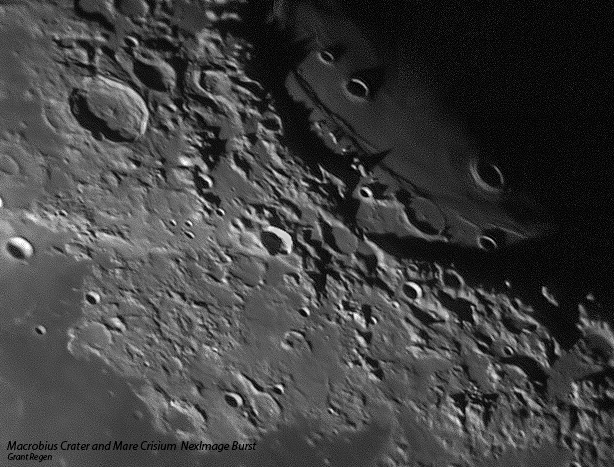 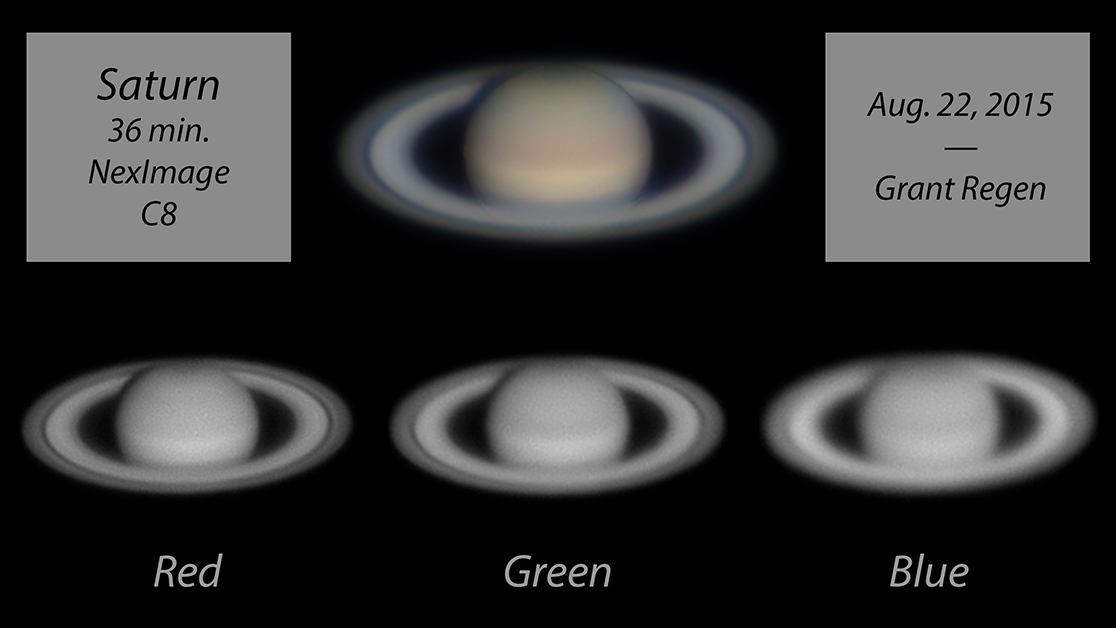 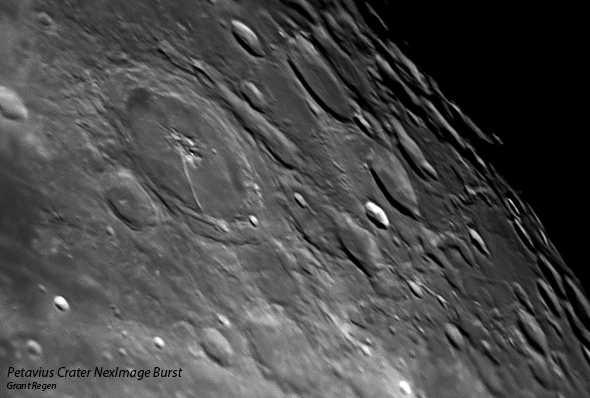 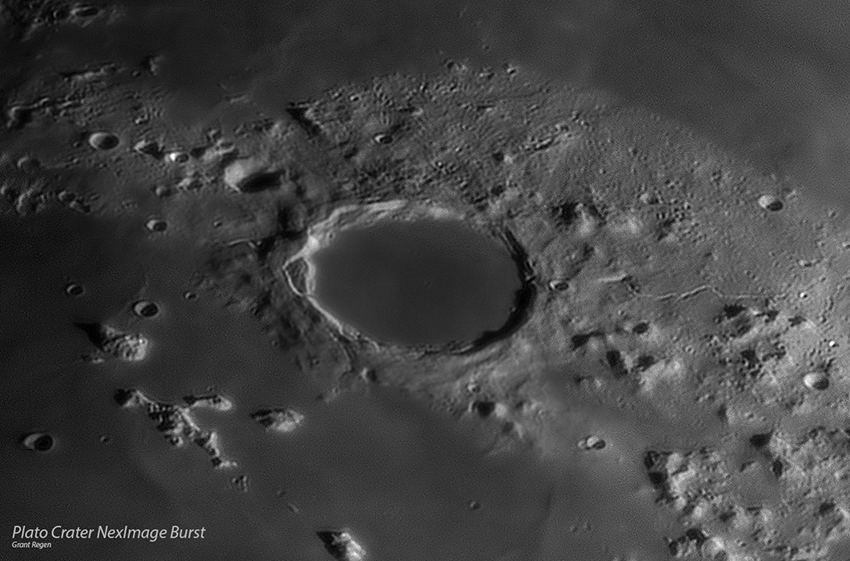 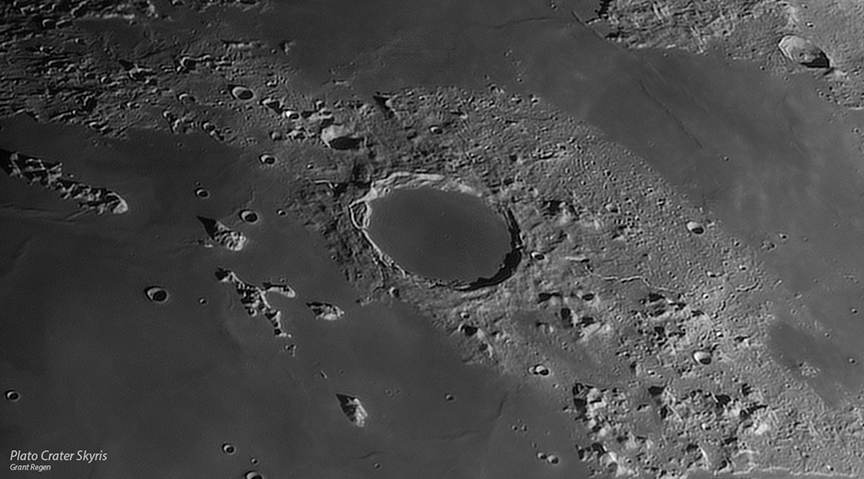 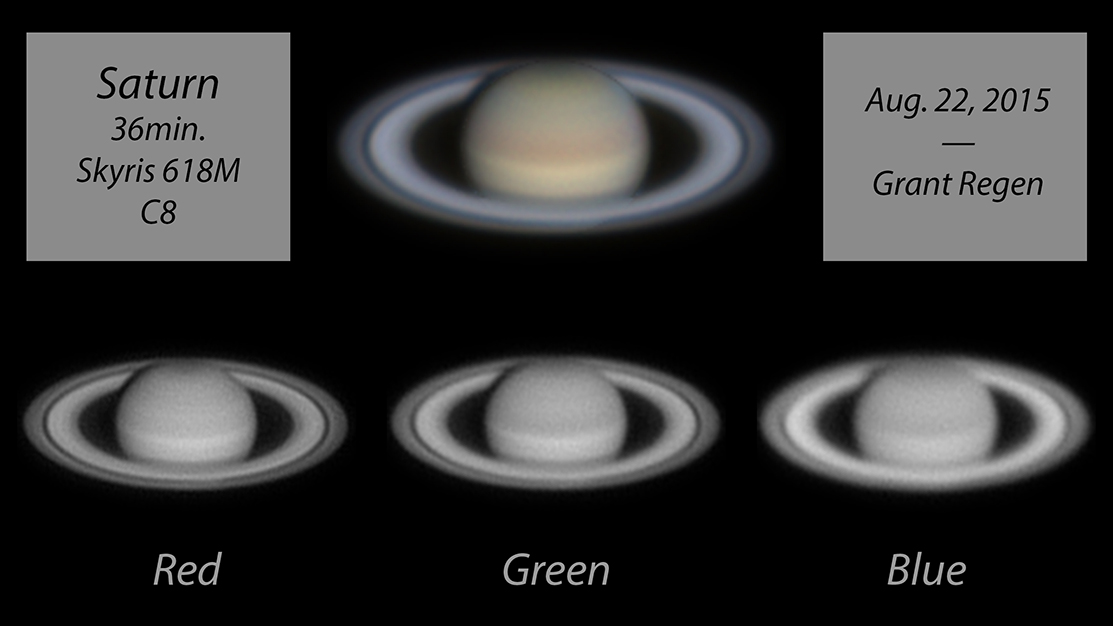 Both instruments produce stunning images with proper processing and capturing techniques. Past blogs on preparing the setup and capturing the planet hold relevant information for both Skyris and NexImage, but comprehensive processing guides for all cameras abound in this post. Future blogs will explain techniques specific to each camera and celestial object to obtain the most out of the imager. As an overall guide for capturing dim planets, however, I usually record several LRGB video sets to later compress multiple color images, drawing out further detail and decreasing noise from heavy processing.

While images of the moon only need simple processing covered in previous posts and “slow” planets—Mars, Venus, and Mercury—require only simple RGB compression (explained below), Jupiter and Saturn demand a detailed process of alignment, RGB compression, and de-rotation. Initially, though, I save all of my videos of any target as .AVI files in Virtual Dub. This step ensures that no video corruption arises in future processing.

Once saved, the processed files are dropped in AutoStakkert!2 for stacking. Registax can also stack videos but fails with longer recordings and takes exorbitant amounts of time. Registax’s wavelet tools then refine stacked images as finalized monochrome photographs or, if using a color camera, color photographs.

Once the color images of your target have all been saved from Photoshop, each must return to Registax to correct color distortion caused by differences in brightness:

If you only captured one set of RGB photographs, this color corrected image can continue past WinJupos to the next Photoshop editing. WinJupos combines multiple color images together with precision of less than a minute to decrease noise and emphasize detail. Here is the guide for a de-rotation technique:

Now that a finalized color image waits on the computer, Photoshop enables its user to present the masterpiece with elegance. If you like viewers to also see the red, green, and blue channels, a more scientific look, I created a layout to easily present the data.

With your finalized portrait of the planet, it’s time to share the hard work with the world and enjoy the sight of an alien world. In future blog posts of Heliocentricity, I will cover specifics of each future target starting with the next blog post about white light captures of the sun to prepare readers for the transit of Mercury in early May. So you’ve had your telescope for a while now and you’re ready to take...