When starting in entomology, mouthparts are some of the first things you learn about. Usually people start with typical chewing mouthparts, like that of a grasshopper. You have the basic parts: labrum (the upper lip, or as I like to call it, the Mr. Ed lip), two mandibles (the chewing jaws),  two maxillae (these are like mouth fingers that help to orient and move the food into the jaws), and the labium (the bottom lip, or as I like to call it, the crumb catcher). Simple chewing mouthparts are the 'basic' mouthparts of insects. But insects being as diverse as they are, these 6 mouthparts have evolved in hundreds of different ways over millions of years in different insects. Over the next few posts, we are going to explore some stranger insect mouthparts that I found while I was get a closer look at our pinned specimens. 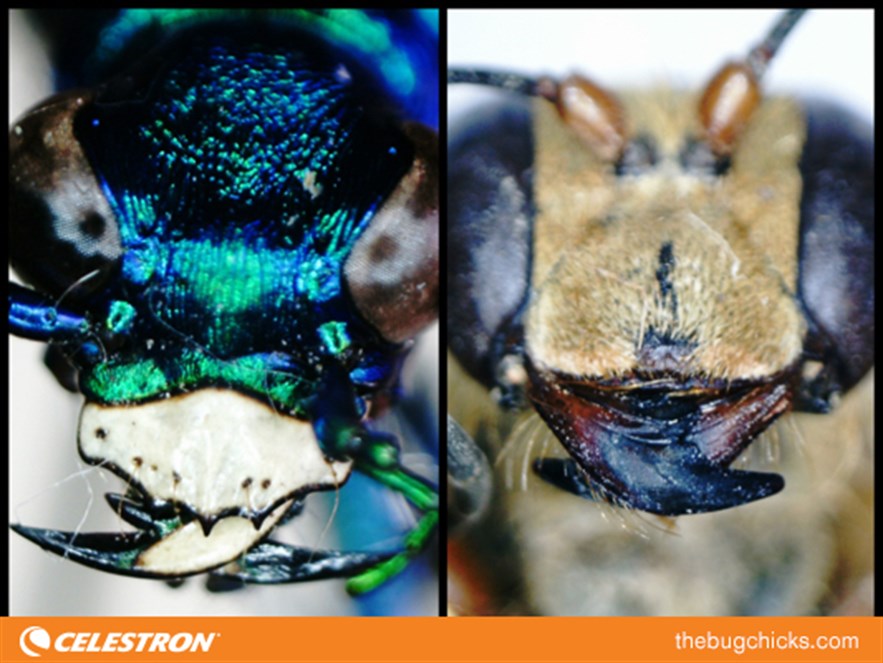 First up we have a tiger beetle, on the left. The wide flat white plat is an enlarged labrum on the tiger beetle that covers scissor like protruding mandibles. Tiger beetles are incredibly fat, ferocious running hunters. Their forward facing jaws, or prognathous mouthparts, are specially equipped to incapacitate their prey. They are literally running with scissors. And using them to kill things. #AWESOME

The Polistes sp. red wasp on the right of the picture also has overlapping mandibles. These wasps chew wood to create their paper nests. They also pick caterpillars and larvae from flowers and crops to feed to their young. The mandibles of chewing insects have some of the hardest exoskeleton. They are enriched with high levels of zinc and manganese. This allows chewing insects to bore through hard materials like wood. 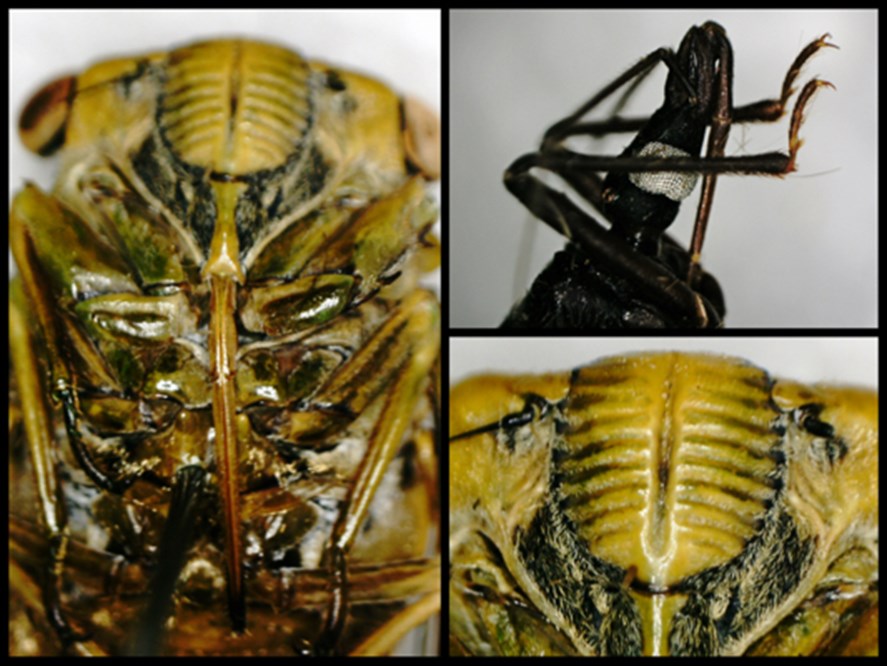 One of the other mouthpart types that are easily recognizable are butterfly and moth proboscises. All six of the aforementioned mouthparts are elongated and 'zip' together to form a tube. The proboscis is basically a curly straw that lepidopterans use to suck up nectar or other liquids. I love this picture because you can actually see how the proboscis comes apart at the seam down the middle on the butterfly at the top left. 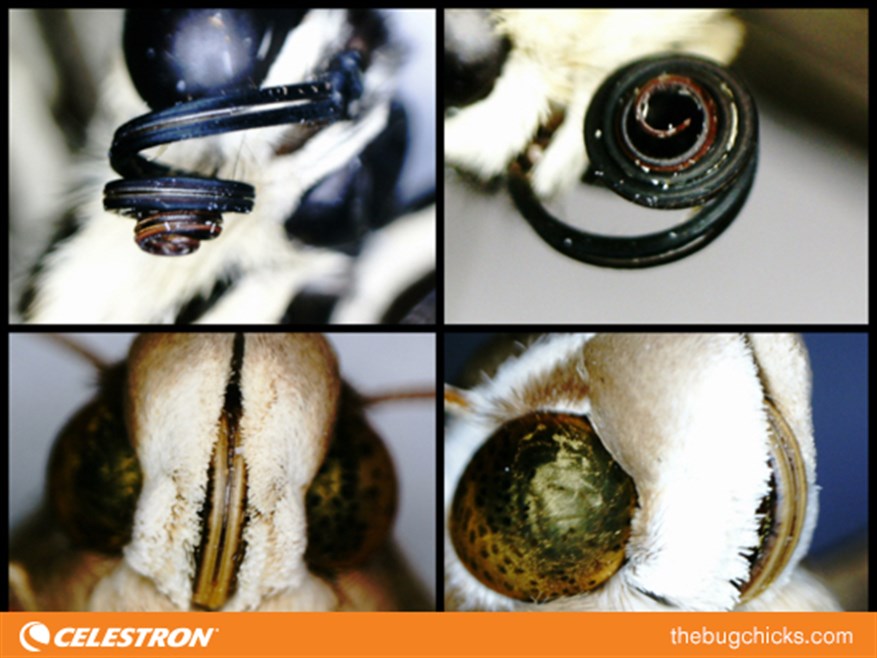 This cicada (the greenish looking insect) and assassin bug have piercing- sucking mouthparts. The long skinny tube is called a rostrum and it does not come apart. In the Heteroptera (true bugs and their relatives) the rostrum is segmented in either 3 or 4 parts. Most of these insects stab plant leaves and stems and drink plant sap, but some will jab the rostrum into other insects and suck out their hemolymph!!!!

Next week we're going to look at some weird mouthparts. It's gonna get freaky up in here! All of these picture montages were take with the FlipView digital scope from Celestron. The Color of Love

We got a new box of insect specimens. It counts as a Valentine’s week...