Between the small town of Rainier, Oregon and the even smaller town of Goble, Oregon there lies a series of meandering channels and reservoirs called Carr Slough by the locals (I’m not sure visitors would even think it had a name) which for decades has been the winter home of a fairly large flock of Tundra Swans. So long have the swans been coming to Carr Slough in the winter that an aging bronze plaque even stands by the side of the largest pond telling any who notice and care to read it about the “Whistling Swans” (an archaic name of the species) to be seen there. 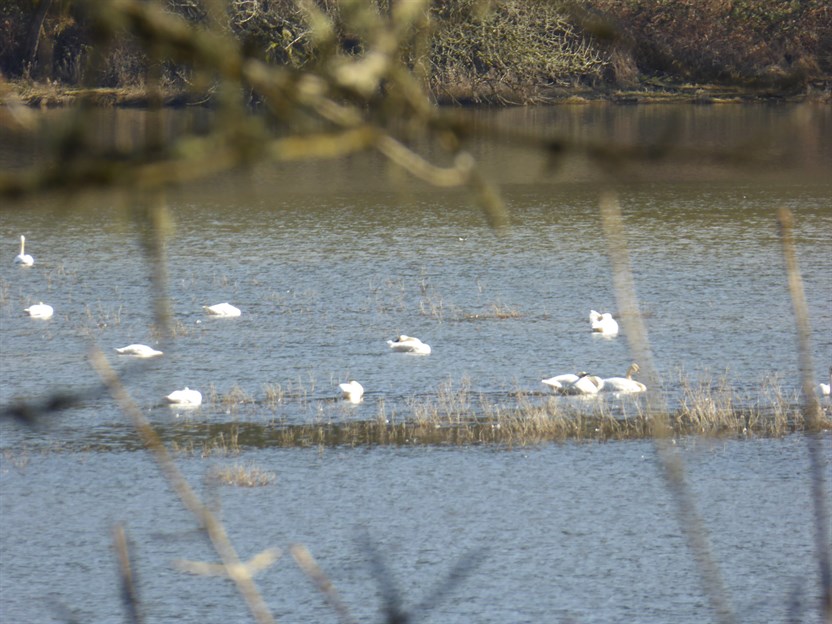 From the bank of this particular pond it is quite easy to see the swans as they feed, bathe, and gracefully glide across the water. The only problem is that they tend to stay along the far side of the pond - a side closed to public access. Therefore a spotting scope is a necessity if one is to get a truly satisfying look at them in all their beauty (other than simply as little white dots, as seen in the photo).

The challenge is that as it’s winter, mist, fog, and other atmospheric phenomena commonly make viewing across such a large expanse of open water less than ideal. For this reason, instead of my regular spotting scope I opted for something a little different: my C5. While it may look like a scope designed for astronomy, the C5 is a 5" Schmidt-Cassegrain cross-over scope, making it a superb choice for those like me needing high magnification (with the 25mm eyepiece I have - 50x) for clearer-than-crystal viewing of distance objects. 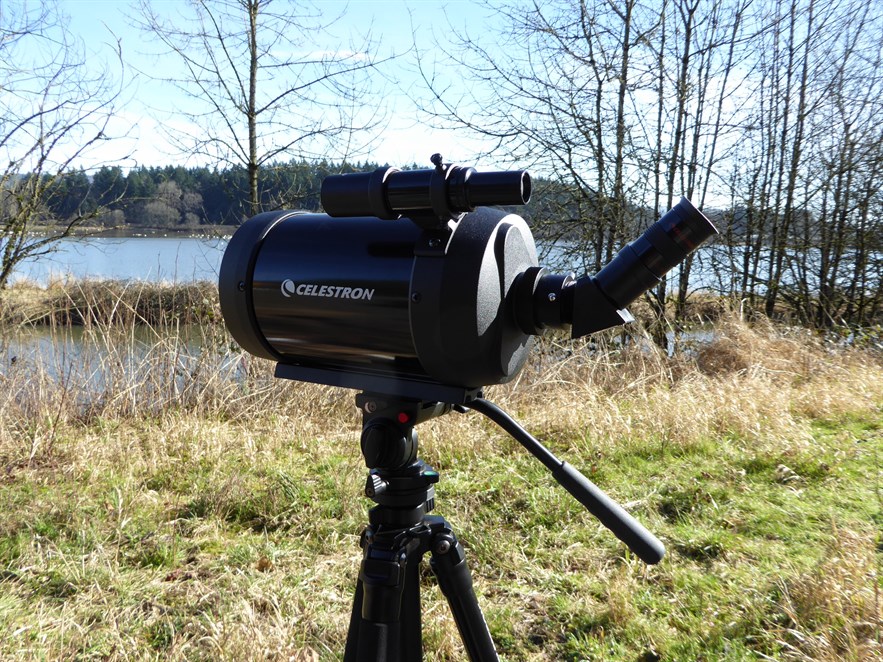 Thus although I was standing on the bank, a couple hundred meters from the swans, I could clearly see the yellow lores and rounded forehead that distinguish Tundra Swans from Trumpeters. And what with these and a pair of Common Mergansers also noted swimming in a far-off corner of the slough, the Celestron Big Year total now stands at 59 species.

The Future of Astronomy: Celestron’s Young Astronomers at NEAF 2018